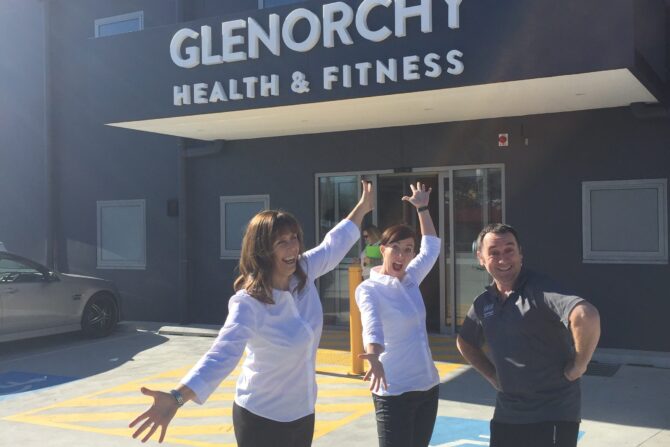 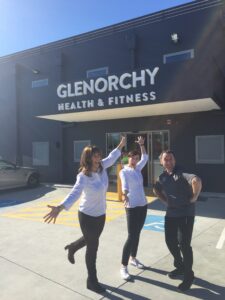 As Glenorchy Health and Fitness celebrates 20 years we reflect on our clubs’ history, achievements, challenges and journey from 1998 to now. We would not be where we are today without our owners Andrea, Kristy and Jason – all with different backgrounds and stories but sharing the same vision for our club.

Our first owner Andrea started out working at a Launceston based gym in 1991, during school hours as a mum.

“I gradually grew my way through some part-time sales work into a shared management role and eventually I was managing that club and did so for around 8 years,” she said.

It was after this that the idea of establishing a gym in the Glenorchy area came to light with the incentive for Andrea to become a partner.

But the proposed vision for a club in this location sparked criticism at first. “Most people were really negative but that became a bit of a goal for me, that the community of Glenorchy start to have access to affordable fitness options,” she said.

A main motivation was breaking down the barriers of what the fitness industry was perceived as back then. “At the time it was perceived that only really fit people went to a gym and we wanted to change that perception and have people understand that everyone could go to a gym.”

On May 1998 our club was established along the back of the old Big W site.

Just three months after GHF opened its doors to the public Kristy started working in sales as a teenager. 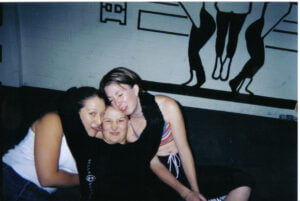 It was not long until she became an assistant manager, then moved into a management role and in 2002 became an owner.

“Ultimately working at Glenorchy Health and Fitness has shaped my life, it has taught me a lot. I love being able to meet the community, watch members grow, experience their hard and good times and be a part of a community,” Kristy said.

Although it did not happen straight away Andrea said our club was able to prove that opening a gym in this location was not what some claimed “a waste of time”, instead it was a major success.

“They would say go and open a takeaway. There was a lot of stigma at the time. We had to fight against that and have a lot of faith in the community that this description was unfair. We wanted to reveal Glenorchy as a strong, vibrant, alive community full of families who have the same dreams, goals and aspirations as anyone else,” Andrea said. 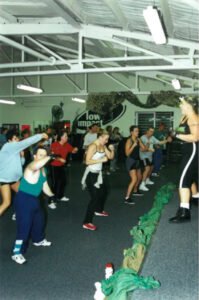 Photo: In our old building.

“In our membership base the biggest difference has been seeing the raise in confidence and self-esteem in the community in all walks of life, as Glenorchy shakes off that image of welfare and becomes really proactive, growing and alive. I have noticed the community values itself more now and they’re confident. It has shaken off a bit of a stigma I feel.” 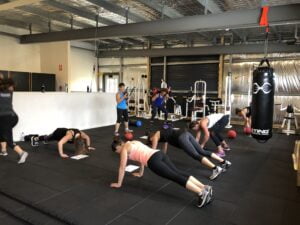 And then there were three; Jason was one of our early members and was soon keen for a career change (with an army background already), he decided to pursue a career as a Personal Trainer.

After two years he made the switch to become a partner in 2008 as he wanted to become more involved in the business and be part of a team. 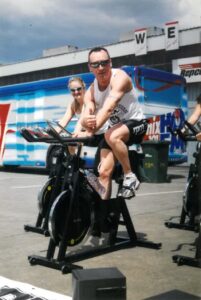 Photo: Jason in our old building.

With a clear passion for health and fitness and with a background as a PT Jason said he enjoys “helping others achieve their health and fitness goals” and believes our club is unique for “our instructors and level of commitment they bring to our classes.”

“Each partner has their skillset that they bring to it and it’s just great to have that support. So having the three of us there it’s just a really good mix, we’ve certainly been through thick and thin together and understand each other really well. There’s a big trust factor which is what makes it work. We have a mutual plan, mutual vision and all three of us are working towards that same goal,” Andrea said.

Despite different logos and locations throughout the years (up until we built our current club permanently) our owners and values have remained consistent. Generational and family has always been a major focus also. 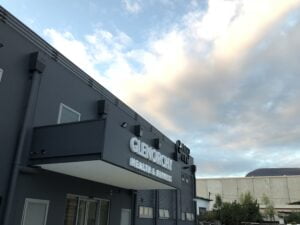 Our free Kids Club has been there since the beginning to help our club remain easily accessible for mums and dads without the added costs of childcare, which proved a game-changer from then right until now.

“I think it brought people out of their homes, it gave them somewhere to create those regular patterns for good health and once they came into the club they would have the courage to challenge themselves in some other way. It was a great entry level for people who prior to that just saw themselves as unfit and not able to have a go or afford it,” Andrea said.

“Family is key. We were always focused on one of our values which is generational, so having parents learn to how to eat properly and exercise, then just model that for their children meant that those kids were already in a good place to set good patterns for the future.” 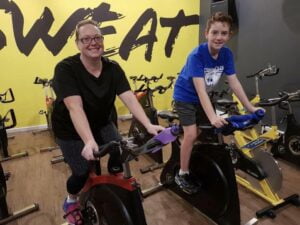 “We feel really blessed to have been in business for 20 years and to have come to this point now where we’ve been able to secure a facility of our own and that also means it secures the business for future generations. The processes and the systems are in place for the business to go on long after we’ve gone.” 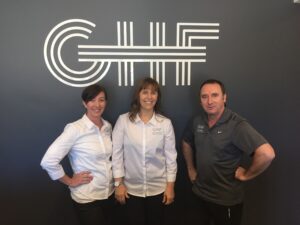